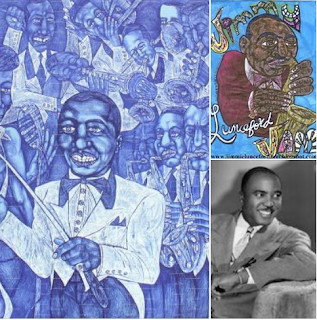 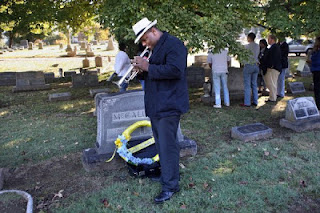 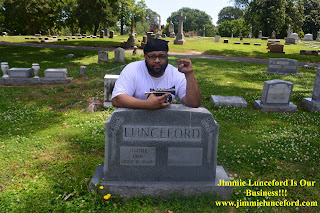 Time: 10:30am-1pm Central
(Wreath Laying Ceremony Will Began @ Graveside Around 10:30AM Which Is Located @ Plot: South Grove 10, Lot 437. The Rest Of Program Will Be Conducted @ The Lord's Chapel Which Is Located Across From The Administrative Building Near The Front Entrance Of Elmwood Cemetery) 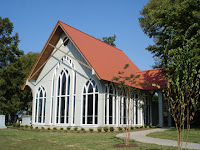 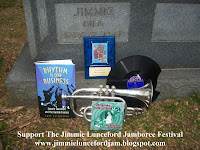 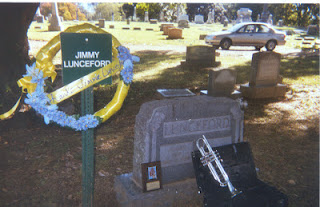 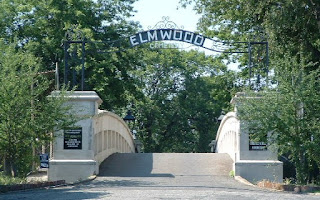 NOTE: THIS HISTORIC EVENT WILL BE DOCUMENTED VIA PHOTOGRAPHY, VIDEO RECORDING, THE WRITTEN WORD & AUDIO...IF YOU ARE  A WILLING PARTICIPANT OF THIS EVENT THAT MEANS YOU HAVE GIVEN AUTOMATIC CONSENT & PERMISSION TO BE RECORDED FOR THE MAKING OF A FEATURE DOCUMENTARY FILM & OTHER DERIVATIVE CREATIVE/INTELLECTUAL PROPERTIES TO INFORM ABOUT & PROMOTE THE LIFE & LEGACY OF JIMMIE LUNCEFORD VIA THE W.E. A.L.L. B.E. GROUP INC. & THE JIMMIE LUNCEFORD JAMBOREE FESTIVAL ENTERPRISES RESPECTIVELY...

Who Was Jimmie Lunceford???? 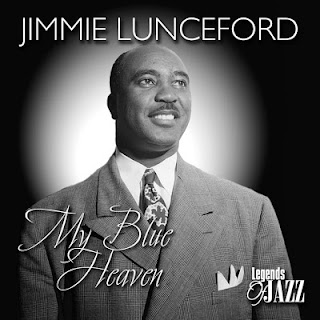 "Jimmie Lunceford has the best of all bands. Duke [Ellington] is great, [Count] Basie is remarkable, but Lunceford tops them both."

"Jimmy Lunceford was buried here in Memphis. The spot he occupies should have something of a special significance. ... He took a group of relatively unsophisticated Memphis colored boys and welded them into an organization which scaled the heights of musical eminence. ... He presented something new in the way of musical presentations by Negro orchestras. Lunceford and many others like him chose to remain at home, and with their people. [His death] should have meaning in inspiration and guidance to others. If we permit it, Lunceford's burial in Memphis can mean this."
--Legendary Memphis Educator And Syndicated Columnist Nat D. Williams


"He would come over to the school each and every time he would play Memphis. His band would perform for the [Manassas] student body, and our band, the Little Rhythm Bombers, would play for him. This is where most of us, as students, saw him. He would bring the big band over to Manassas and perform." --Memphis Music Great, Educator & Manassas Rhythm Bomber Emerson, Jr. (JimmieLunceford.com, 2008) 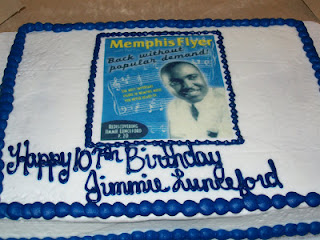 Although in 2009 he was finally awarded a long overdue brass note on the street (Beale Street) that he helped made famous, the tantalizing question still remains for many in 'The City of Good Abode': Who Was Jimmie Lunceford???

On June 6, 1902, in Fulton, Mississippi, a music genius was born. Please join us on June 6, 2017, as we honor the memory of one of Memphis’ unsung heroes on his birthday: Music & Education Giant Jimmie Lunceford!!!

Jimmie Lunceford was the first high school band director in Memphis City Schools History. He started music education in the Memphis City Schools as a volunteer at the first public high school for Blacks, Manassas High School. Ironically he was not hired to be a music instructor but a physical education instructor in addition to being the football, baseball, basketball and track coach as well as English/Spanish and sometimes history teacher. He started the first high school band at Manassas High School with no money, but with a lot of self-determination and self-confidence. He knew that music could help in building black youths' self esteem and instill community pride. Jimmie Lunceford through his pioneering efforts also started the first jazz studies program in U.S. public schools history. He eventually selected nine of his best music students and several college friends from Fisk University to form arguably the greatest jazz swing band of the 1930s and 1940s. 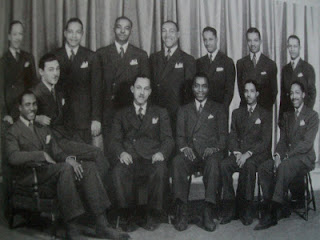 His band became known as 'The Chickasaw Syncopators' and was very popular locally, appearing  at many Memphis area dances and even on the radio....They first recorded on June 6, 1930, Lunceford's 28th Life Affirmation Day...1930 is also the year that Jimmie Lunceford quits the day job and pursues his dream of music stardom full time.

In 1934, the Jimmie Lunceford Orchestra eventually took over as the house band at the legendary Cotton Club where they literally became household names due to live regular national radio broadcasts from that venue. His Orchestra was nicknamed 'The Harlem Express' because of their overwhelming popularity NATIONALLY with the African American dance community of the 1930s & 40s... His fame also extended beyond that proud community for he was also recognized by the larger national and international audiences as well...The Jimmie Lunceford Orchestra was the top attraction at the legendary Apollo Theatre for a whole decade and was the first Black jazz orchestra to integrate the prestigious Paramount Theatre in New York City (which included back-to-back sold out engagements for several weeks)…Jimmie Lunceford was nicknamed 'The King Of The Battle Of The Bands' because his orchestra would constantly beat the best bands of the day in music competition and fan appeal which included Duke Ellington, Count Basie, Chick Webb, Benny Goodman & Glenn Miller...Jimmie Lunceford was also a 'movie star' (orchestra performed in the popular 1941 movie musical “Blues In The Night" and also in a 1936 film short) and his songs appeared in numerous popular cartoons of the day as well.

He owned and flew his own airplanes at a time when African Americans were not even allowed to attend flight schools in the U.S. Jimmie Lunceford was also a philanthropist. He gave large sums of money to start music education programs throughout the country to keep kids out of trouble and in school. He was truly a man ‘of’ as well as ‘ahead’ of his times. 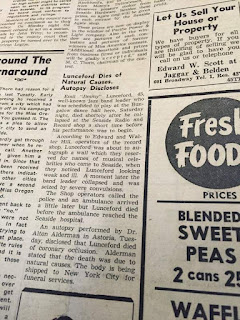 Unfortunately, Jimmie died under ‘mysterious circumstances’ at the peak of his career
on July 12, 1947, while signing autographs in Seaside, Oregon. He was only 45 years old. His funerals were attended by thousands in both New York and Memphis. Unfortunately, the mortal remains of Jimmie Lunceford and his legacy it seems has laid forgotten about in historic Elmwood Cemetery in south Memphis for almost 70 years…Until now…Join Us As We Pay Homage To A Great Man & New Annual Tradition...The wreath laying ceremony and jam session will also serve as the the introduction to the soon to be annual "Jimmie Lunceford Jamboree Festival" which will take place fall 2017...

The Jimmie Lunceford Jamboree Festival Movement takes great pride and honor in honoring a true gentleman whose creative genius and legacy knows no boundaries...James “Jimmie” Melvin Lunceford was considered by many to be among jazz's greatest swing band leaders IF NOT THE GREATEST SWING BAND LEADER OF THEM ALL!!! Memphis Music Owes A Debt To The Visionary & Pioneering Efforts Of Jimmie Lunceford...And He Thought Enough Of Memphis That He Decided To Be Buried Here...Let's Give Him The Homecoming That He Deserves!!!

Posted by tha artivist at 10:13 AM No comments: