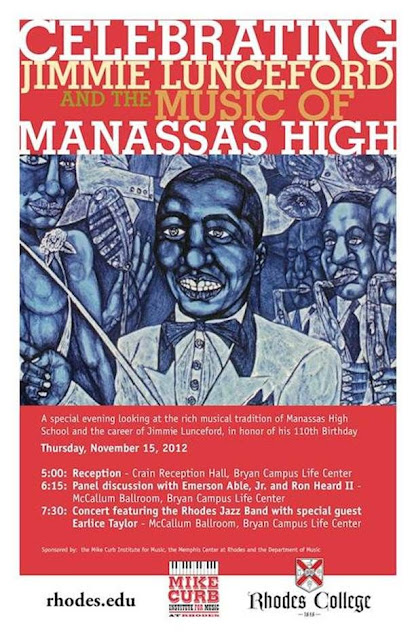 
"Jimmie Lunceford has the best of all bands. Duke [Ellington] is great, [Count] Basie is remarkable, but Lunceford tops them both."
-- Legendary Swing Band Leader Glenn Miller

The Mike Curb Institute for Music invites you to Rhodes College in Memphis,TN, on Thursday, November 15 for a very special evening honoring Jimmie Lunceford and the musical legacy of Manassas High School.

In honor of Lunceford’s 110th Birthday and the 65th Anniversary of his Death, a series of events will be held that explore his legacy as a famous bandleader during the Swing Era of the 1930s and 1940s, and his role as band director at Manassas High School, where he became the father of jazz education in the United States.

* In addition to and in conjunction with our events, Emerson Able, Jr. will be presented with a Beale Street Brass Note on Wednesday, November 14 at 5:30 p.m. at the Historic Daisy Theater on Beale Street.